Gasland Refugees: right or left it's all bad gas 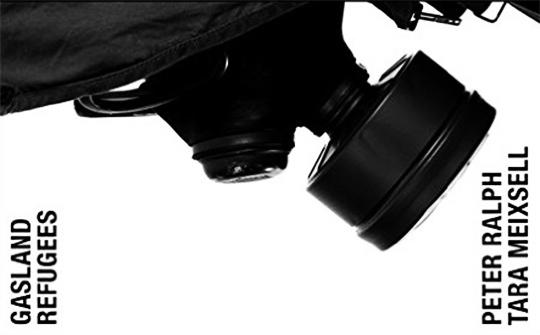 Author Peter Ralph who identifies as a political conservative would have laughed if you'd told him five years ago he'd end up writing an exposé on unconventional gas. Gasland Refugees is now hot off the press and Peter isn't at all amused by the damage being done in Queensland and New South Wales.

In mid 2010, while plotting my next novel I stumbled across a paper about unconventional gas by Dalby Lawyer Peter Shannon. To paraphrase, it stated that Queensland landowners were virtually without rights if a coal seam gas miner, armed with an exploration licence, wanted to sink wells on their properties.

Prior to this I was a chartered accountant and public company CEO. Unlike Alan Jones, I do not have the profile of someone who would vehemently oppose the exploitation and development of unconventional gas.

I had to pinch myself when I read that farmers and graziers who had put years into developing their properties could be forced to give coal seam gas miners access. I then discovered that the landowners only owned the part of their properties above the surface and that the crown, in Australia’s case the State, owned what was below. This inequity, inherited from the dark ages of the United Kingdom, is what enables exploration licences to be issued.

I then watched the superb US documentary Split Estate that exposed the American experience. Around this time Gasland was released in Australia. This documentary is a graphic portrayal of the damage that coal seam gas and shale miners have wreaked in the USA. Such was the apathy and lack of knowledge, I was the total audience at the first showing at Nova cinema in Melbourne. I’m pleased to say that the community has come a long way since then. Dayne Pratzky’s recently released documentary Frackman has been showing to packed houses.

I had visited the beautiful Hunter Valley in NSW many times and was shocked to find that coal seam gas mining was taking place there. John Thomson, then CEO of The Hunter Valley Protection Alliance, told me that before coming to the Hunter Valley I should go to the Darling Downs.

I subsequently travelled to the Darling Downs many times and met and became friends with Drew Hutton, President of Lock the Gate, Dayne Pratzky, aka Frackman, and prominent protector, Brian Monk. Their assistance was invaluable and I got to meet farmers, landowners and townsfolk, almost unanimously opposed to what the unconventional gas miners were doing.

Chinchilla and the residential estates of Tara on the Darling Downs have the greatest concentration of coal seam gas wells in Australia. The size of these developments is on an unimaginable scale, and QGC’s huge Kenya operation contains gas wells, offices, accommodation, compressor stations, a reverse osmosis plant and three enormous evaporation ponds.

These ponds have been illegal in Queensland for years but a change of name to holding ponds seems to have satisfied those who pass themselves off as regulators. The largest Kenya pond measures a mammoth 1600 by 900 metres, almost four hundred acres!

With drilling and fracking, there is always the possibility of aquifer contamination, and there has been at least one known occurrence of this in Queensland. There are countless instances of farmers’ formerly pristine bore water either becoming undrinkable or totally depleted. Such is the contamination that many bores contain methane and are easily ignitable.

Children swimming in dams in the Tara estates have found their bodies and faces covered in ugly, weeping red welts. Air pollution is another major problem and respiratory problems, nausea, fainting spells, pins and needles, rashes on the body, and frequent nosebleeds are common to Tara residents. Farmers are concerned about soil pollution and despite years of research, there is still no solution or use for the huge piles of salt produced by this process. As if this wasn’t enough, there is noise pollution, and the whirr of compressors twenty-four hours a day.

Ian MacFarlane, Minister for Industry & Science, claims that Queensland farmers are enamoured with Coal Seam Gas and that 4,000 have signed land access agreements with the miners. What he fails to account for is the number conned and lied to, to induce their signatures. The Lloyds of Chinchilla signed three agreements over their 7,500 acre Chinchilla property. By the time the miners are finished they will have 50 wells, and 40 kilometres of gravel access roads and underground pipelines on their property.

In the words of Katie Lloyd, “some of these people were ruthless; they made some outlandish statements”. As far as she and her husband Scott are concerned they wish they’d never set eyes on the gas companies. So much for being enamoured.

Victoria Switzer from Dimock, Pennsylvania put it eloquently when she said, “it was a beautiful fall day and I was sitting on the steps of the trailer dreaming about what a wonderful life I had. And this man appeared, friendly, with a twinkle in his eye and he said, 'beautiful day isn’t it?' And I said, 'yes, it is'. And I like to say that was the last honest thing I heard from a gas man”.

Amazingly, despite producing fifteen times its annual domestic gas needs, Queensland is facing shortages and BHP managers are talking about piping gas from the Bass Strait to Queensland. This anomaly comes about because the four consortia operating in Gladstone are 83% foreign owned and nearly 100% of the LNG they produce will be shipped to China, Japan and South East Asia.

We are the only country in the world that has outsourced its energy security to foreigners. So what will those living in eastern states of Australia get out of this huge foreign investment? Gas shortages and increased energy bills.

When I started writing my novel Dirty Fracking Business, John Thomson told me that I would become hooked on the inequities of coal seam gas and that all decent people, once exposed, did. I silently scoffed at his suggestion but he was right and it became the first cause I’ve been associated with.

I’ve since met hundreds of people like me who say they had no intention of getting involved but once they found out how bad it was, they had no choice. Many of these people now devote countless hours to opposing coal seam gas miners and supporting farmers and the environment.

In 2010, if someone had of said to me, you’ll become so hooked that you’ll write an exposé on unconventional gas, I would have laughed at them. Gasland Refugees is that exposé.

Land rights, the environment and the unfair treatment of landowners remain huge issues in Australia while the mining of coal seam gas puts at risk our air, water and food security. These issues transcend politics and Greens, farmers and graziers. Those to the right, find themselves unlikely allies in the fight against coal seam gas.

Peter is a former CEO of a heavy transport equipment company and prior to that an accountant. He now writes white collar crime thrillers and is spreading the word about the environmental and human impacts of unconventional gas.