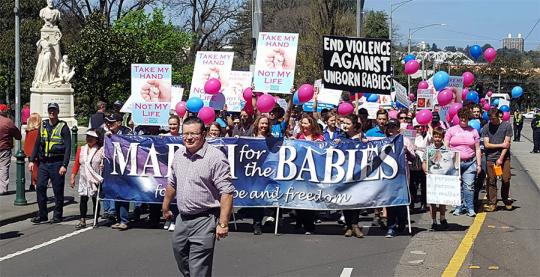 8th October 2022 marks the 14th Anniversary of the passage of Abortion Law Reform Act in Victoria, and ahead of this year's state election Bernie Finn MLC will hold his annual rally calling for the recriminalisation of abortion.

Bernie Finn and Co are energised by the push to overturn Roe v Wade in the USA.

Let's make it clear to him that Victoria is pro-choice. Together in counter protest we can drown out their speakers.

With respect to bodily autonomy and choice we'll use our voices to oppose Bernie Finn imposing his religious beliefs and the state controlling reproductive choices.