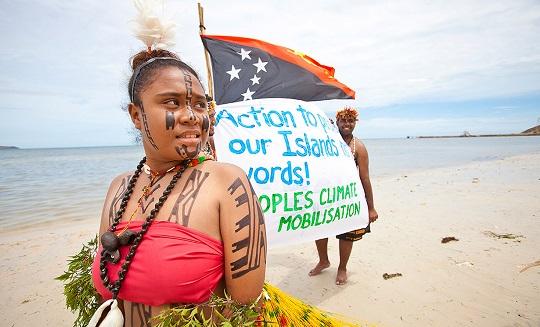 Our goal is to mobilise hundreds of thousands of people at events everywhere around the world to march for 100% clean on 29 November. Some cities like Paris and London will have huge marches! If just 5,000 of us all organize events with 100 people, we'll have the rest of the million.

What are we marching for?
A leading scientist just broke down in tears during an interview on carbon pollution, describing a dark future where the oceans are ruined. Whether her nightmare comes true depends on us.

The biggest climate summit of the decade is just four months away, and our leaders could agree to a revolutionary target to get the world off fossil fuels. It would be a guiding star to navigate away from climate catastrophe, signalling to politicians, boardrooms and stock-markets everywhere that the era of dirty energy is over. Winning won’t be easy -- but if we make leaders feel the power of this movement then we can win.

Last year our community helped create the biggest climate mobilisation in history at the People’s Climate March. Now, on the weekend of November 28th & 29th -- hours before leaders arrive at the Paris climate summit -- it’s time to go even bigger!

Register below to say “I’m in” for this year’s People’s Climate March - and Avaaz will get in touch by phone or email with updates on how to get involved in your city!

Register / get tickets for this event
secure.avaaz.org