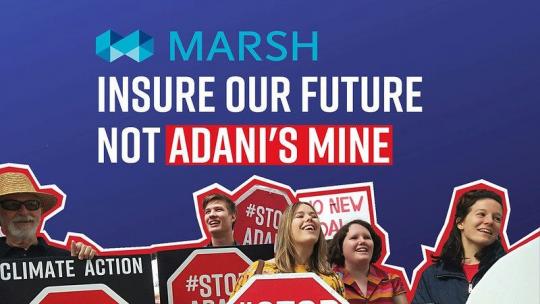 NOTE: Marsh have not released when or where their AGM is yet.

NOTE: Marsh have not released when or where their AGM is yet. Once this is released, we will change the details accordingly.

Adani needs insurance to build their climate-wrecking coal mine. They simply can’t progress critical work without it. Right now, insurance broker Marsh is shopping around the globe to find a company willing to insure this risky, destructive coal project. It's unacceptable!

In May, Marsh's parent company Marsh & McLennan Companies will be having their AGM in their hometown of New York City. Join us to create a loud and proud rally outside their AGM, calling on them to rule out Adani!

This is Marsh’s chance to take a stand on the right side of history. Marsh should be helping companies drive solutions to climate change, not companies like Adani that will turbo-charge the climate crisis.