Earth Strike - General Strike to Save the Planet 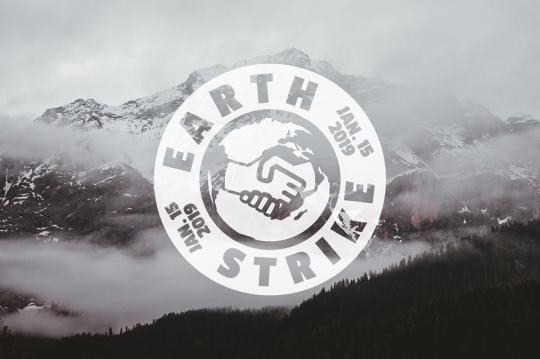 Welcome to #earthstrike – General Strike to Save the Planet. We are organizing a general strike on the 15th of January, 2019 to protest the destruction of the planet.

Earth Strike is a grass-roots environmental activist movement which aims to pressure governments and corporations around the world to take immediate action to avoid irreversible climate change before it is too late. Numerous studies and analyses have been published by prestigious scientific organizations which show, without a doubt, that if we do not take action now we will not only commit to those effects we see in our climate today, but we commit ourselves – every human and animal on the planet – to perpetually worsening climate catastrophe. This problem can still be solved . However, it can only be solved when the groups who are trying to solve it have the support of news organizations, social media platforms, and political leaders who can amplify their efforts.

Our plan
The Earth Strike movement has formed a plan of action spanning 2019 with four primary international events. We encourage local organizers to take any opportunities available to get protesters out on the streets and bring attention to the movement.

Find out how to get involved.